Here are a few pics of the 927.0375 repeater Olathe, KS when it was put on the air in November 2013. The far left and far right photo are pics of the repeater cabinet and equipment. Pictured in the center is KA3NAM himself installing the repeater antenna. 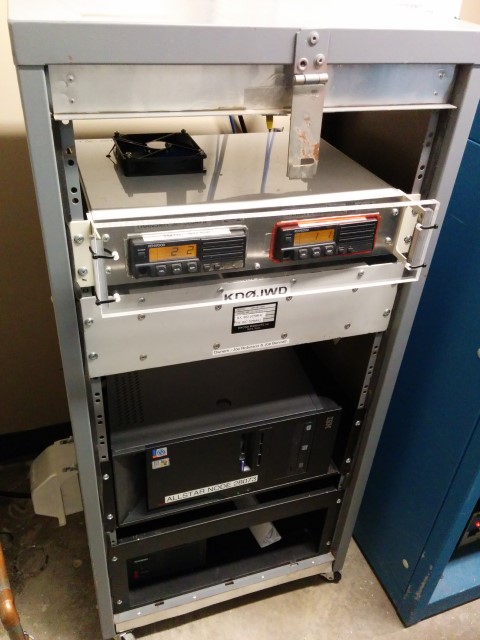 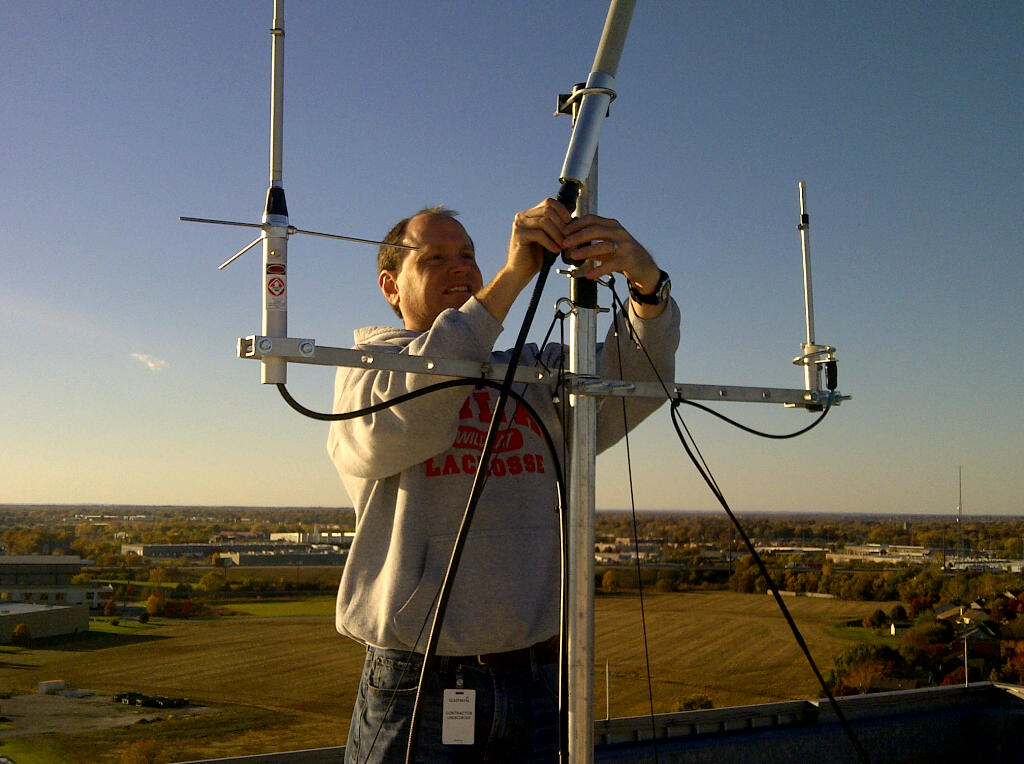 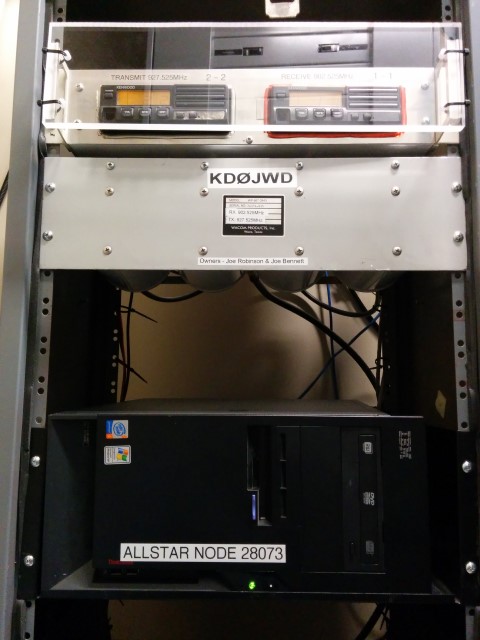 The repeater consists of two Kenwood TK-931 radios (one transmit, one receive), Wacom duplexer, Allstar for the controller and VoIP radio linking and a UPS to keep the Allstar computer from possibly becoming a victim of the AC power line.

In September 2014 we finally took delivery of a Down East Microwave 3370PA amplifier. Installing this amplifier will allow us to go from 15 watts output power to 80 watts. Below are pictures of the equipment rack including the amplifier that has the KD0JWD heatsink modification: 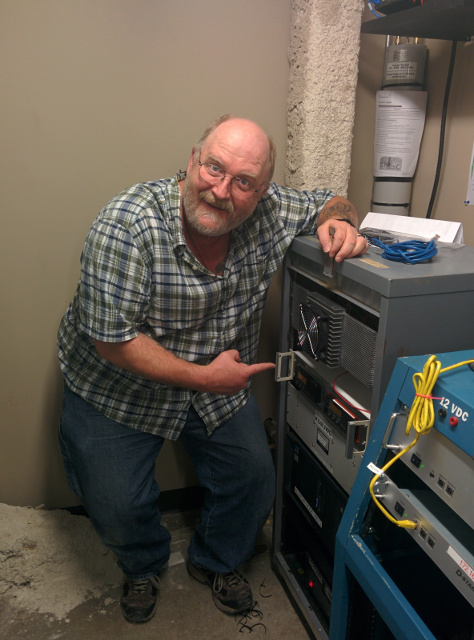 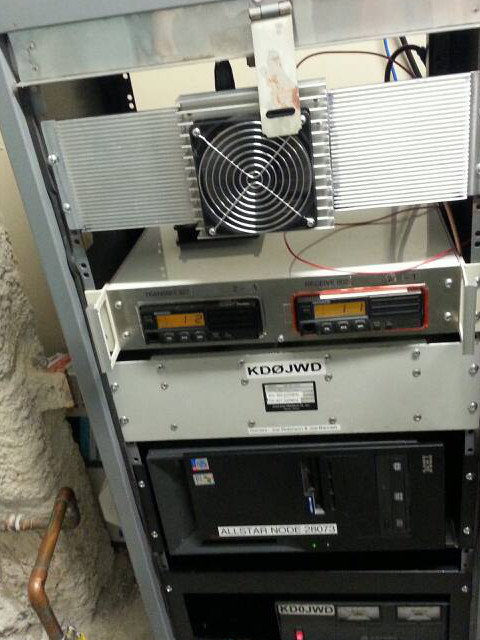 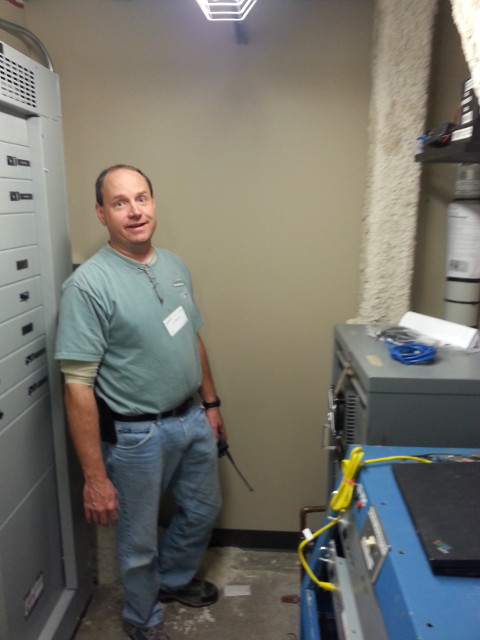 (Left) Joe, KD0JWD showing off the new amplifier in the cabinet. (Middle) Pic of the repeater cabinet with the new amp installed. (Right) Joe, KA3NAM waiting to test the full installation. 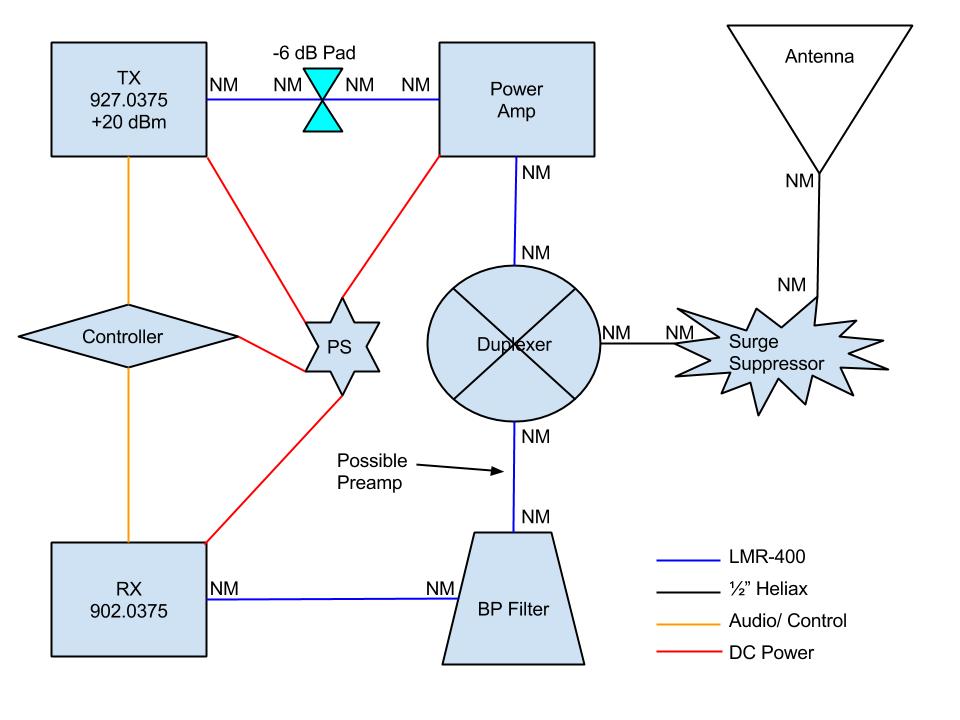 I was turned on to Allstar a few years ago after playing with about all the other VoIP radio linking variants. I absolutely love Allstar not just for its VoIP capability (although the codecs used sound so much better than the other radio linking systems) but its versatility for being a repeater controller.

The 927.0375 machine runs the DIAL variant of Allstar using a Raspberry Pi. The Raspberry Pi controls all aspects of the machine from V/RoIP to COS and even PL encode and decode.